A Moment of Nihilism 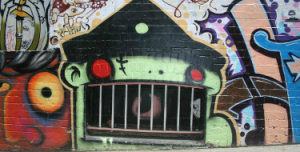 self-proclaimed esoteric god that I used to encounter regularly told me one that the TV show The X Files, which was in its first season, was an attempt by the American Government to prepare people for the coming of the aliens and the Age of Aquarius.

If it was an exercise in ‘citizenry preparedness’, it probably came a bit late, given the alarming number of Americans per capita who claim to have experienced a close encounter of the Third or Fourth Kind.

Their fingers point tremulously to the now commonly held belief that most of the gaseous explosions that create suns, create other bodies such as planets at the same time.

The Milky Way alone has innumerable suns similar to ours in size and temperature and our galaxy, made more significant since sharing the name of a patented chocolate bar, is merely one of possibly infinite galaxies known and unknown to us.

It’s also not unlikely that human beings have wined extra-terrestrials into existence to the extent that they have adopted a physical manifestation that is conceivable to us, and have come to help the human race resolve its insurmountable problems.

Perhaps if we are truly not alone, it is due to the evolved human race travelling faster than the speed of light around our own planet. Physicists now believe that it is possible to travel through time, but intriguingly we won’t be able to do it until the future. After all, the conventional view of an alien does look quite like the way humans might evolve under Darwinian theory.

If that is so, I will look upon myself in that glaring operating room and win have no fear, but show great rectitude (sorry) if I do undergo an examination of the spindly ‘next generation\’ type, because I will not heed the unfair media image of primitive barbaric entities in the vessels of advancement. They are just You. Cousins. It might even be myself doing the probing.  In that case, I might be disappointed that I am not at the stage of evolution where I am simply pure thought.

Most victims of abduction describe the stereotypical alien as their examiner. It is a being with jaundice-green or grey oval shaped head with slit nostrils and large elliptical black eyes.

Centuries ago, when abductions either didn’t happen or we just lacked the mechanism to remember them1, spacecraft sightings were mainly described as winged chariots, or horse and carriages or fire.

They clearly suggest a life force of much higher invention, but one which is at once within our span of comprehension. In many ways, it is a screen upon which the insidious depths, invigorating heights and the anxieties of human consciousness are projected.

It is interesting to explore how the most commonly described alien experience reflects, with stunning clarity, major concerns like loss of individuality, loss of control, and technological fears that are increasingly confronting all of us the Earth-bound Residents.

In fact, those who have had the Fourth Kind (abductions) have been largely assessed as overwhelmingly ordinary. Dr John Edward Mack who spent long sessions with 800 such people, said  “the majority of abductees do not appear to be deluded, confabulating, lying, self-dramatizing, or suffering from a clear mental illness.”

The spindly alien (the Grey)  is the most ubiquitous and it is always coupled with the notion of  \’advancement\’  as being parallel, but ahead of the human scientific climate, when the two could be completely incomparable. Other types include the Reptilians and the Nordics (the most human-like). All of these share similar statures, and they are all bipeds and stand upright.

We consistently make the blind assumption that, because we are carbon-based, we should apply this model across other realms of existence, and all other civilizstions will be carbon-based too. Necessarily, they win be in many ways like us.

And why are so many abduction/ examination experiments, especially the most sensational. so technologically fetishistic?

But even if they are here, and they do abduct some of us, for most people, UFOs are distractions that help us escape the limitations of our personalities and function in the vital but neglected role as a form of transcendentalism. And most of our other forms of transcendence are illegal, we adopt the surrogate, which is projected everywhere for us, with rapture. And it is fuelled by the possibility that it could be true.

lndex fingers terse with accusation point to the government of the world’s greatest nation (not China, that other one). But the world’s greatest nation has cancer. Is it possible to separate the fresh daily extra-terrestrial examinations and the ever-increasing number of support groups in that populous land and say that this is not symptomatic of its decay, because it sure seems to festers like a mass neurosis and spread the same way.

Loungerooms are awash in blue as the Disseminator merchandises on our fascination / repulsion and with the subtlety of a bludgeon tool, Mulder hands the blame to Government. And subsequently, Sightings, (10/5/96, Network 7) revealed a ‘secret’ government file containing plans of what to do when the nation encounters extra-terrestrials.

I would think that these secret plans were IF plans, not WHEN plans. An \’if\’ plan outlines a case of action in the event that something occurs. A \’when\’ plan implies it\’s inevitable. It\’s amazing how such a simple word change can whip up such a frenzy. But, that\’s the job of sensationalist television.

Silly me, but perhaps the lads and ladies in Canberra decided that a meeting of such profound significance required some forethought. Might I add, there are hundreds of plans in bunkers beneath our capital. I have known people who on rare occasions have had to execute them. They cover possibilities that are extremely unlikely, perhaps even less likely than a inter-stellar union of civilisations.  But they need to be there. Just in case.

No, I think they’re barking up the wrong tree. We may live in a 1984 scenario of centralised power, but don\’t be misled into thinking it\’s in the hands of governments. Governments only ‘govern’ in the loosest sense of the word. Corporations do. And nothing could be more flexibly timetabled or efficiently distracting from the rolling of more and more corporations into fewer and fewer mega-entities.

We are all shaped by experiences and events that we can perceive as extremely positive or extremely negative depending on our perception of it. Your birth is an important example.

How would you recall your debut into this planet if you were clinically hypnotised back to the age of zero when you had a mind with no language other than the senses and possibly no thoughts to articulate it.

Would you say it was bright? Clinical? Was it extremely pleasant, embryonic and sensory-inspired? Were you in fear? Unable to comprehend fear? Would you say that even though you were not in fear, that you were nonetheless in the hands of big people with masks and white coats and big fish eyes wielding metallic instruments that touched you.

Like rebirthing, many Fourth Kind encounters are revealed through hypnosis. Clinical hypnotherapists assume objectivity is an achievable ideal and are intensely trained to ask neutral questions that aim to completely lack any form of suggestion.

Yet even many of those will tell you that hypnotherapy is in no way a reliable record of past events. It is also essential that a distinction be made between the clinical hypnotherpist and the more often sought counsellor-hypnotherapist, who as service-providers, actively seek ways to elicit traumatic experiences, albeit gently.

Consider that there are extra-terrestrials landing in high numbers, that they are evolved from our own carbon-based form, and that they have progressed technologically along a similar pattern to humans. You might visualise a Geiger-esque city that lies on the edge of a blossoming event horizon and is powered by channeling energy from the singularity (or of a black hole), as suggested by Heather Couper in her new book.
The appeal of technology and its literally universal application is an all-too convenient diversion to what is going on  down here on earth, especially when Earth becomes of less metaphysical importance.

Perhaps the threat of enslavement or annihilation by a hostile extra-terrestrial arrival en masse is not the embodiment of apocalypse, but partly explains the hideous inhumane treatment we afford asylum seekers, especially those who arrive by boat.  Another indication of the state of our society.

A comet that is 300 kilometres in diameter is scheduled to arrive in 1997 and smash us into oblivion. Perhaps we should focus on more pressing matters at hand, then.  After all, it may be that which hovers over the earth and casts the densest shadow. Apocalypse-stricken, we’ll look up at the blazing rock and at the last moment our cancelled eyes will radiate a dawning.